Getting A Visa For India India is so overpopulated that a visa can be particularly hard to obtain. However, being able to travel around this beautiful country will certainly change the way you see the world.

To begin preparing your trip to India, you should start by inspecting your passport. It needs to be in the right condition and be valid for more than six months from the time you travel. The second step is to visit Travisa.com and fill the required application form. Once you are done, print it out and remember to sign it.

The required photos must be on a white background, and they should be 2 by 2 inches. Also, avoid head wear or glasses on the photos as it might give rise to issues later on in the application process. You will also need to show proof your residence. As such, make a photocopy of your utility bill or driver’s license.

The address stated in the visa application form needs to match the address on your utility bill or driver’s license. If you are traveling with a child, then you must submit a copy of their birth certificate. The signature on the form needs to be from the parents and not the child. Ideally, you will need to include a copy of your passport, both parents if possible.

When applying for a Visa for India, it is important to know that multiple entry tourist visas can’t re-enter the country until at least two months pass. Two re-enter the country before the pass of this duration; you would have to submit a Letter of Request to the Indian Embassy. However, if you have an extended itinerary to multiple countries that ideally shows the re-entry date to India, then you don’t have to submit a Letter of Request.

Once you have everything in place, then all you need is to go to the consulate in your jurisdiction and drop the application to any of the Travisa associates and take a receipt for pickup. The processing time for a visa for India varies depending on the consulate you’ll be applying. It is, however, possible to obtain the visa for India sooner by paying a higher amount if you intend to travel to India sooner.

In regards to the validity period, you can choose between six months and a six-year multiple entry Visa. That pretty much sums it up on how you can obtain a visa to visit India.

The Top 8 Breathtaking Destinations In India

4 years ago Author: Author's name
If you are planning on taking a holiday trip to Asia, be it exploration trip or a simple getaway, India should certainly be on top of your list. From high up on the snow-dusted mountains down to the sun-washed beaches, India proves to be a perfect place for diversity and a region that offers numerous things to explore. The country is renowned for is exotic and rich culture along with a fascinating history, giving you a lot of options in the destinations you can visit. In fact, it would be impossible to visit all these amazing places in a single trip. The good this is most of them will certainly fit in your itinerary and that is why we have listed the top 8 breathtaking places in India that you don’t want to miss on your next holiday trip. 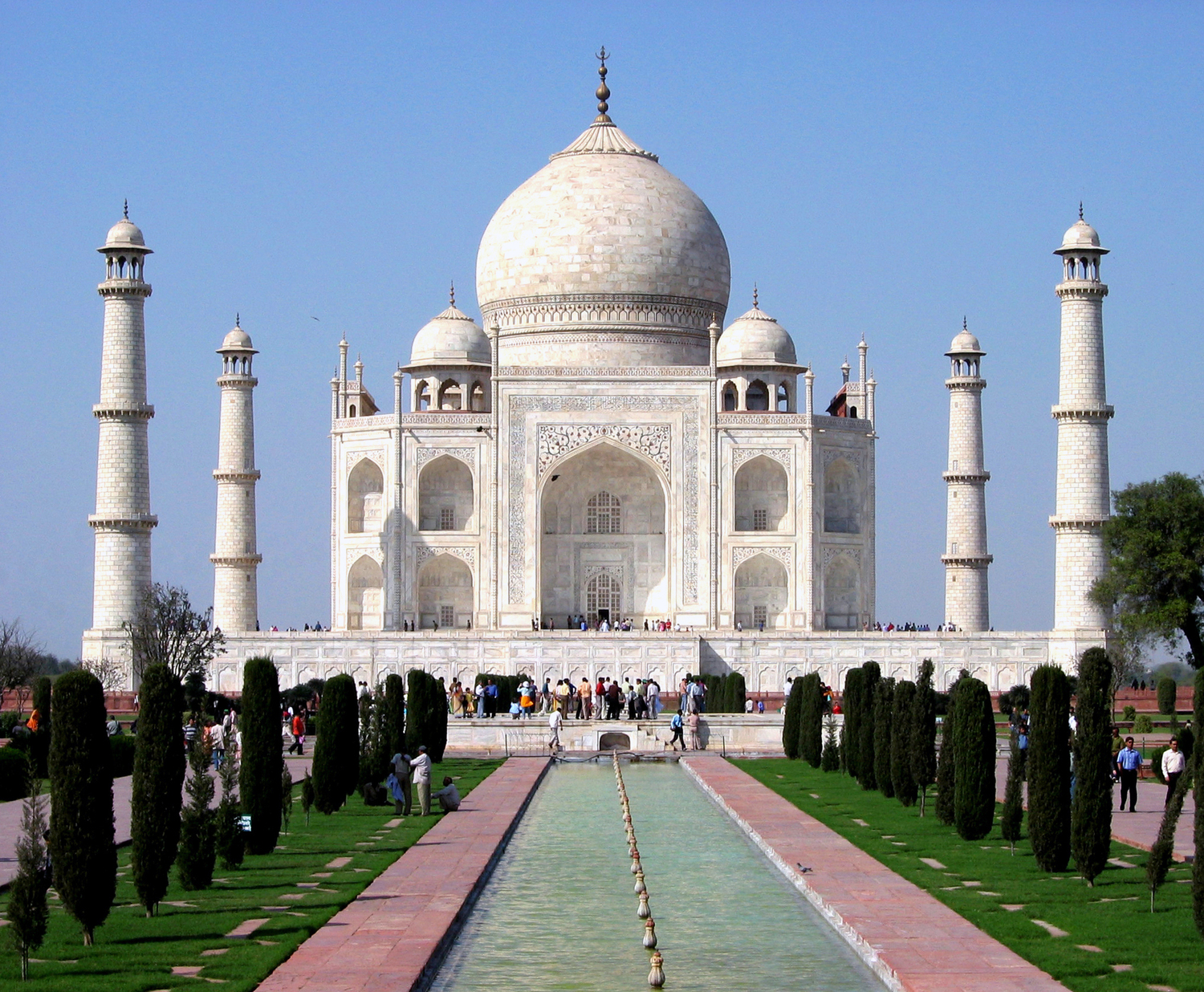 Located in Agra, Uttar Pradesh, The Taj Mahal easily takes the top spot as the most attractive site in India. It has remained to be a trademark of India for years, given its breathtaking architecture which combines the elements of Islamic, Persian and Central Asian culture. The term Taj Mahal means the Crowns Place and it was built by Mughal emperor Shah Jahan. Being an integrated sophisticated setting, The Taj Mahal not only holds your attention, but also touches your heart, mind and soul.

The Ajanta And Ellora Caves.

There are many caves in India, but what makes the Ajanta and Ellora unique is the fact that they were cut and constructed entirely by hands and not through some natural phenomena. These exotic caves are located in the State of Maharashtra and they date back to the second century BC. They are known to be the greatest Buddhist masterpieces in terms of both art and architecture. The Ajanta caves are renowned for exquisite paintings while the Ellora are famous for the fascinating architecture.

For the lovers of hiking and sightseeing, it goes without saying that The Himalayas is a must stop site. Located in the southern part of Asia, separating the Indian subcontinental plains from the Tibetan Plateau, The Himalayas are home to the world’s highest peaks including the highest, Mt. Everest. The exotic animals, herbs, flowers and the green mountains will leave you with a memorable experience that cannot be obtained anywhere else.

Goa might the smallest state in India, but it doesn’t fall short when it comes to exotic beaches. This little state boasts of its golden sands, palms, and a sunset view that will leave your eyes mesmerized. The nightlife in Goa is very active, making it a perfect destination for the partying lovers and sociable tourists who are looking for more than just adventure trips. Also, the unique cuisine, water and wind surfing facilities and the splendid services make Goa a fascinating place to spend your vacation. 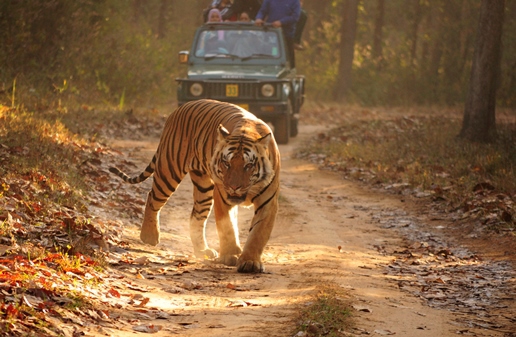 When it comes to parks, the Kanha National Park easily takes the first spot as it packs the most alluring species in regards to wildlife. It is an ideal place to see the tiger of India, the grassy meadows, the ravines and naturally set bamboo forests. The Lake PalaceThe lake place is a 5-star luxury hotel located on Lake Pichola. It became famous in 1993 after it was featured in the James Bond movie, The Octopussy. However, perhaps the most intriguing part about this hotel is the fact that it was first established as a royal summer palace in the 18th century.

The Harmandir Sahib is ideally known as The Golden Temple, and it’s the most important place for the Sikhs. It was established in the 16th century and it’s covered with gold, making it a top tourist attraction and a place worth the visit. Feast your eyes, as it is not everyday, you see a historic structure made of gold. Varanasi GhatsPerhaps the Varanasi Ghats is the oldest city on the planet. It is a city that raises flagship for Hinduism, and it’s renowned for its spectacular temples and learning.

So, the next time you take a trip to India, you might want to keep these stunning destinations in mind as you will not only please your thoughts but ideally, empower you. After all, that is what holiday trips are all about. 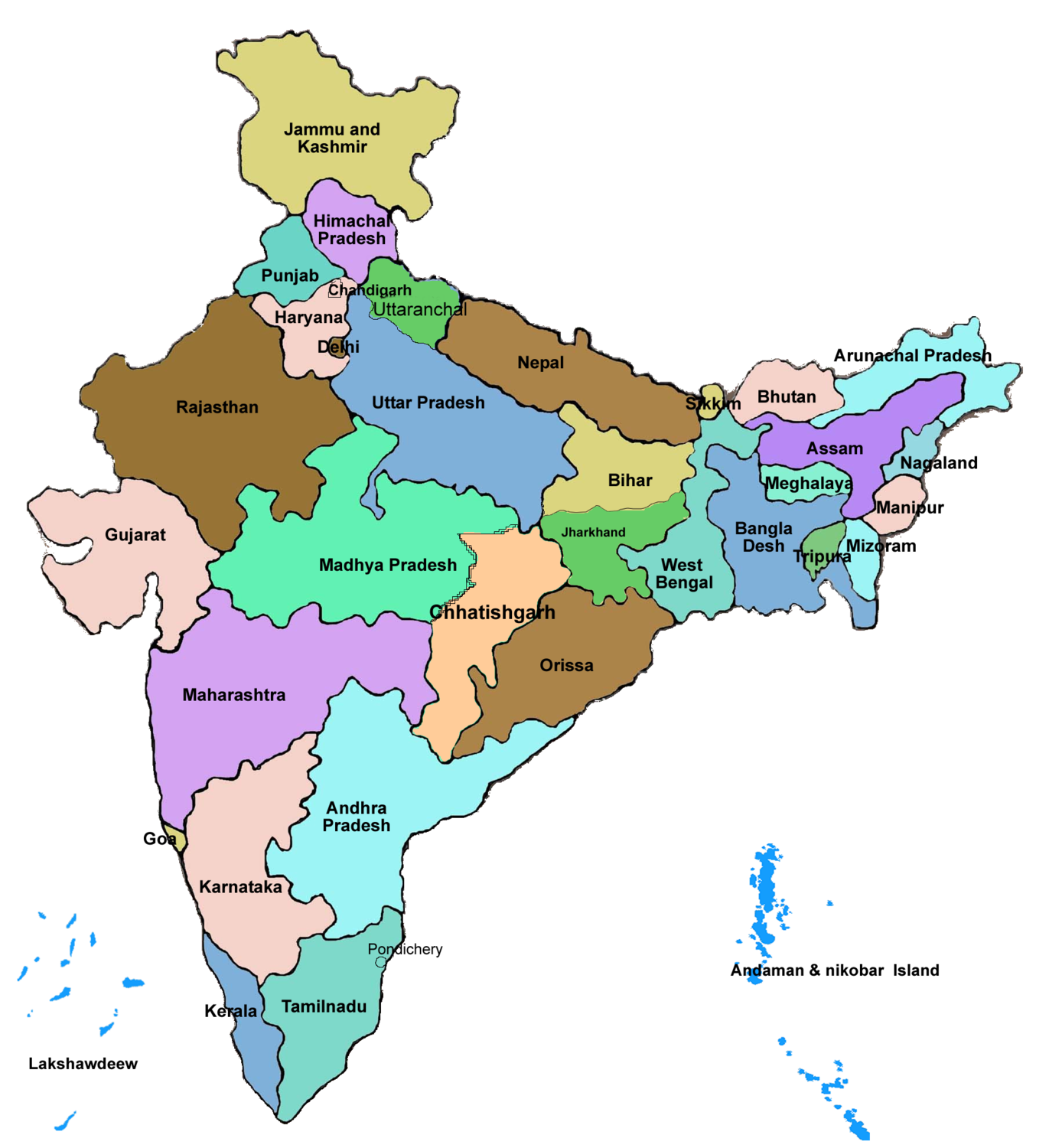 The region has a number of attractions for tourists that include the world famous Taj Mahal, and a variety of sites which see pilgrimages from the devout from all over India. These include the Sikh Golden Temple, Ayodhya and Varanasi. Of course, no visit would be complete without sampling Punjabi food.

States in this region are Nagaland, Sikkim, Tripura, Meghalaya, Mizoram, Arunachal Pradesh, Assam and Manipur.Languages spoken are Nepali, Sikkimese, Garo, Manipuri, Nagamese, Assamese, Bengali and Bodo.This region has gained worldwide attention for an excellent tradition of martial arts as well as some of the best meat-based dishes in India. The scenic beauty of northeast India makes it well worth a visit, as does the proud tradition of the growing of Darjeeling teas.An examination of an India map shows that India is truly one of the most fascinating and diverse countries on the planet. With a multitude of regions - each with unique cultures, this is the world in one country.